You are here: Home » News » Products News » 5 aspects in which the granulating machine can be improved in terms of production efficiency

Due to problems regarding the processing arrangement and operating technology of the granule machine, the output is unable to meet its expected design requirements. Further to this, the granulated surfaces are not smooth, it has low durability, it is fragile and the powder containment rate is too high. The main reasons of why the production efficiency of granulator is affected are as follows:

The raw material factors directly influence the effect of granulation.

1. Materials with higher starch content are easy to be gelatinized by steam. After raw materials are adjusted, they have a certain viscosity, which is beneficial to the forming of granules.

2. By adding a certain amount of oil into raw materials with high crude fiber content, one can reduce the friction between the material and ring-die, which is advantageous for having the material pass through the ring-die, and it makes the grain appear much smoother after forming.

3. The particle size of the pulverized raw material determines the surface area of the feed composition; the finer the grain size, the larger the surface area, and in turn, the faster the material absorbs water from steam, which is beneficial for the quality of material adjustments and the formation of pellets. Therefore, it is commonly used to produce livestock and poultry feed, and it is suitable to use a 2.5 - 3.0mm sieve to reduce particle size.

4. Pay attention to the uniformity of mixing before granulating and differences in the proportion of all kinds of raw materials for different formulations and varieties. Different mixing times were adopted to make the mixing uniformity coefficient of variation reach about 5%, laying a good foundation for the later granulation process.

The quality of the granulating machine can be improved effectively by using steam tuning. Steam is the source of water added when quality mixing is done, which is the source of starch gelatinization for the feed. By adding a certain amount of steam in the process, a thin layer of water is formed on the outside of each particle in the material to facilitate the gelatinization of the material and facilitates granulation, thus improving the quality of pellet feed.

Control the gap between the roller and ring-die properly. If the gap is too small, the ring-die and roller will wear more easily, and begin to make noises. If the gap is too big, it will affect the material dispersion. It should generally be controlled between 0.05 and 0.30mm. We can use a ruler for measurement during the adjustment and it can also be measured by sight. 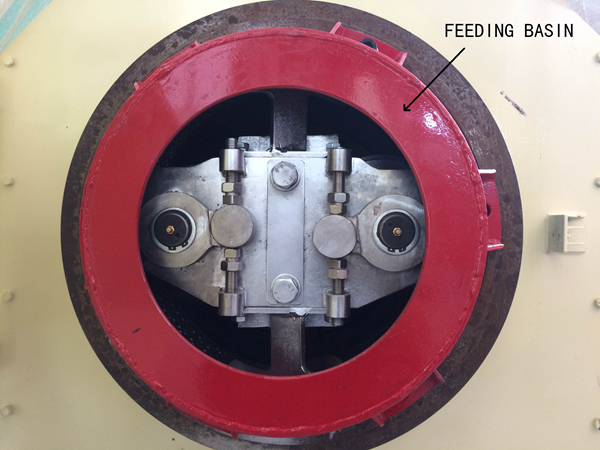 Whether the material can be dispensed through the ring-die or not depends on the amount of pressure and friction that can be produced in the die-hole. This has to do with the friction coefficient, moisture content, raw material granularity, temperature and so on between the materials and the die-wall. These characteristics are closely related to the hole depth and pore diameter. If the ring-die compression ratio is low, the effective length of ring-die is short, the formation pressure of the material is small in the ring-die hole making it easier to squeeze out from the ring-die, therefore, it will have higher output, but the particles will be loose, powder content will be high, the appearance will not be smooth. On the other hand, in regards to the compression, the longer the effective length of the material in the ring-die under pressure, the greater the corresponding system dispenses particles at a high intensity. Smooth particles with good quality can reduce the powder content, but the output of granulator production will reduce, and power consumption will also increase accordingly. Therefore, when the feed factory is producing particles with different specifications and varieties, the selection of the ring mode compression ratio will be different. 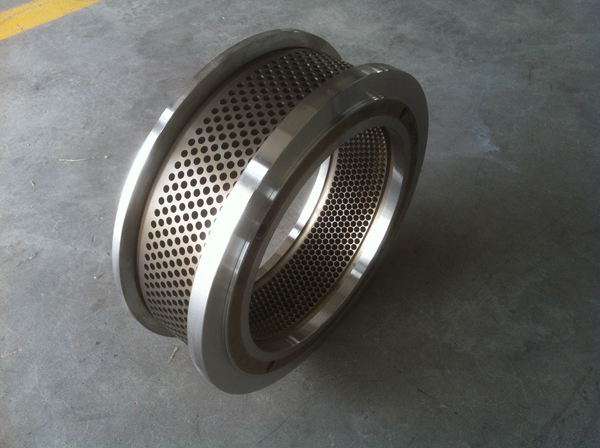